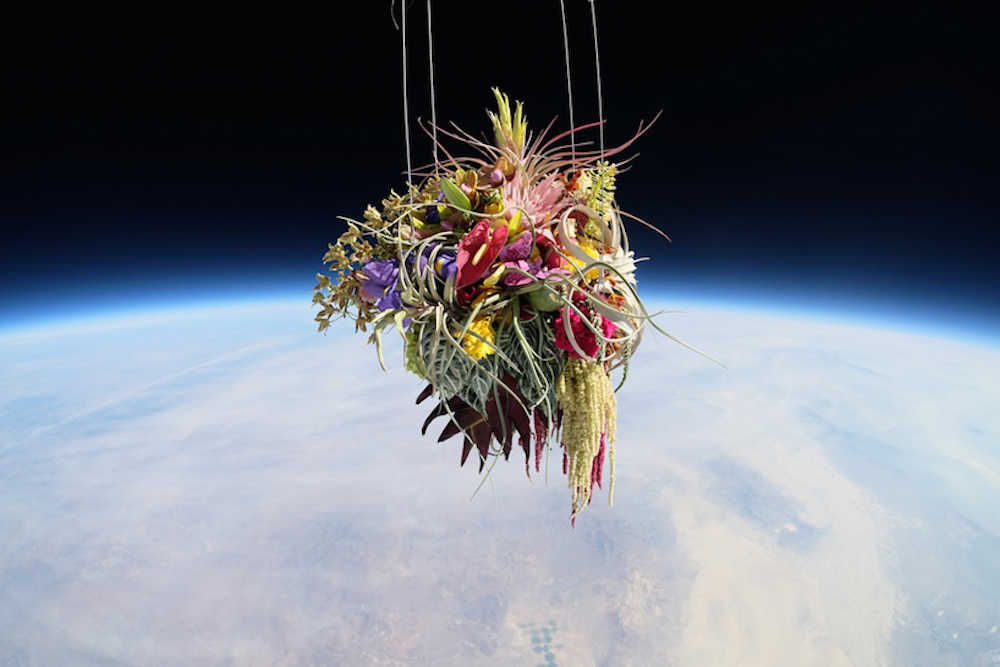 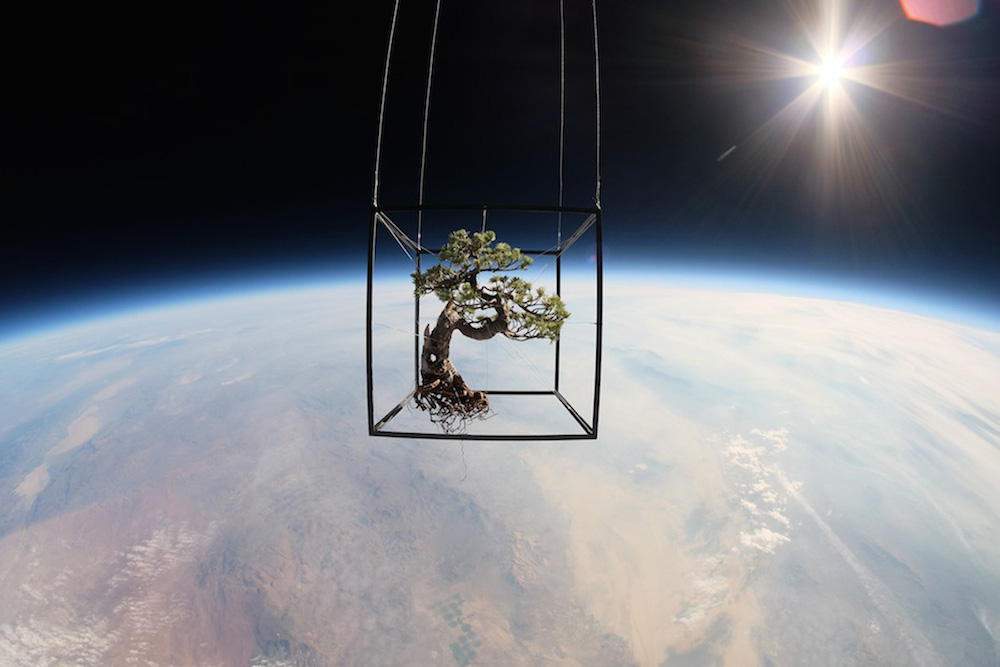 Outer space is becoming less and less of an outer idea. Flowers have blasted off beyond our starry skies and blossomed in space. Tokyo-based artist Azuma Makoto is the man who brilliantly merged two of my favorite things, flowers and space. The Japanese artist photographed a white pine bonsai and an arrangement of flowers floating above Earth. It took a team of 10 people, giant super tough helium balloons and a number of still and video cameras to make this majestic moment happen. Shiki 1, the brave balloon who went on the suicide mission, was launched on Tuesday and reached 91,800 feet before it burst. The lovely arrangement of flowers was lost at 87,000 feet. Hopefully they make there way to an alien bride desperately in need of a fabulous bouquet.