Something Fresh For Your Ears: Priory On SXSW, New Music And Kanye West

A sound that is so fresh to death, it appears in the latest Taco Bell commercial. 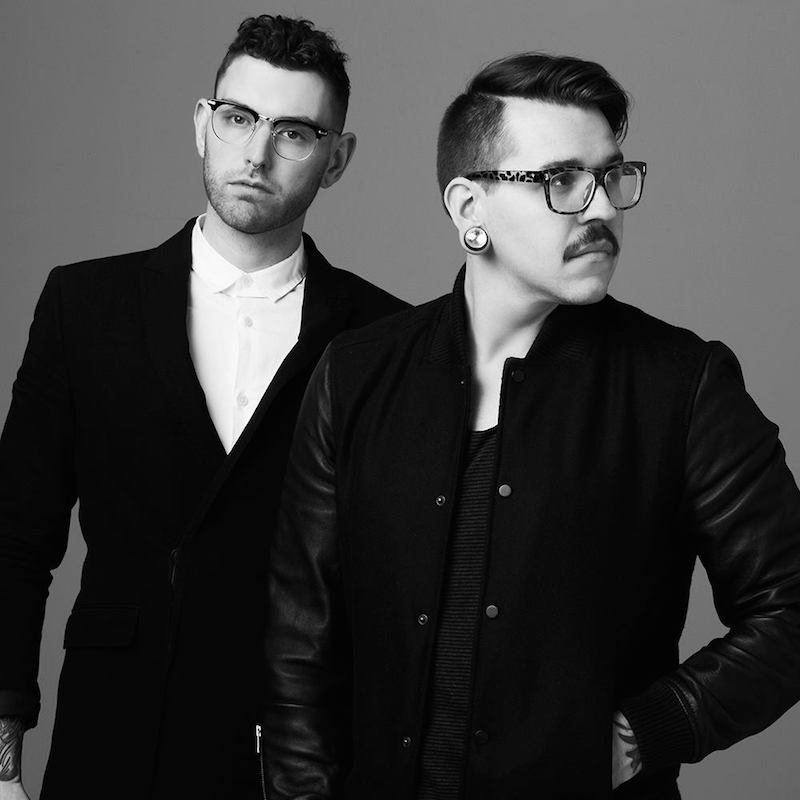 Comfy in just a baggy tee and armed with a voice of vanilla, the Portland natives have already accomplished something of a milestone: the band’s music appears in the latest Taco Bell commercial.

Priory’s Brandon Rush and Kyle Sears met at a flophouse in Portland, sold everything they had (including their own blood), and built a studio in a cement factory to make a record they felt represented everything they were capable of.

Their anthemic song ‘Weekend’ has been making waves on pop and alternative radio, climbing the Top 40 charts, and the band embarked on a nationwide tour last fall, including performances at Live In the Vineyard and Life Is Beautiful fest.

The rising Portland electro-pop duo Priory released their Weekend EP back in October, a four-song mash up of sleek pop influence and a sprinkle of electronic edge.

Check out our interview with the creative duo below and het their perspective on the age old question: Kanye West or Jay Z.

Tell us about where you grew up – what was it like, and how did it influence you going forward?

Brandon Rush: I grew up in Portland, Oregon. I moved probably 7 times before I was a teenager. When I turned 15, I moved in with my Dad in Downtown Portland. I spent my time loitering around the city with my friends. I was more or less left to my own devices as a teenager.  I have never been really good with authority figures in my life and that worked out because as a teenager I didn’t have any. I remember me and my buddy Rich would go to shows probably 3 or 4 times a week. Thinking back, I don’t know how we were able to afford it. We were too young to drive so we would take the bus to the concerts and often end up stranded late at night and have to walk around the city until the busses started running again. Portland was completely different back then. It was definitely not the hipster paradise it has now become know for. The city was more gritty and less safe. In some ways I prefer the less gentrified version of Portland.

If you could imagine the most exciting song, what would it be?

A duet with Leonard Cohen on verse vocals and a resurrected Joe Strummer on the chorus, Sir McCartney on Bass, Jo Jo Mayer on drums, The London Phil string section, and co Production by SBTRKT and Phillip Glass. It would obviously be more exciting for us if Kyle and I were on guitars.

How’s your winter looking? What do you have planned?

Crazy! We are going to be touring with the Kaiser Chiefs, Playing SXSW, Bonnaroo, and Governors ball. We’ll also be doing a bunch of MTV artist to watch stuff and hopefully writing our asses off every chance we get.

Describe your sound in 3 words

Both in the same track. They are both cultural giants we created. One of them seems more at rest than the other. As a dude with OCD, I understand what it feels like to be obsessive and how that effects positively and negatively the world around you. So I identify with the former.

When you make music, what other artists do you look to for inspiration?

I am a nerd and an audiophile. I have a 3000 plus record collection so I draw inspiration from pretty much everything. I like to start my day with punk rock, Maybe Dead Kennedys or Husker Du, and later in the day I usually get down with some jazz or down tempo. I am obsessed with an old Bill Evans orchestral record called Symbiosis right now. Good Bourbon, a comfy leather chair and my old Linn turntable is my version of a chill evening.

Broad. Anything goes. There are so many different scenes right now. Because we have the ability to create music without having the pressure of cultural specificity, more honest art is happening now than ever.

And the cutest sound in the world?

My wife talking in her sleep.