A buffet of skin. 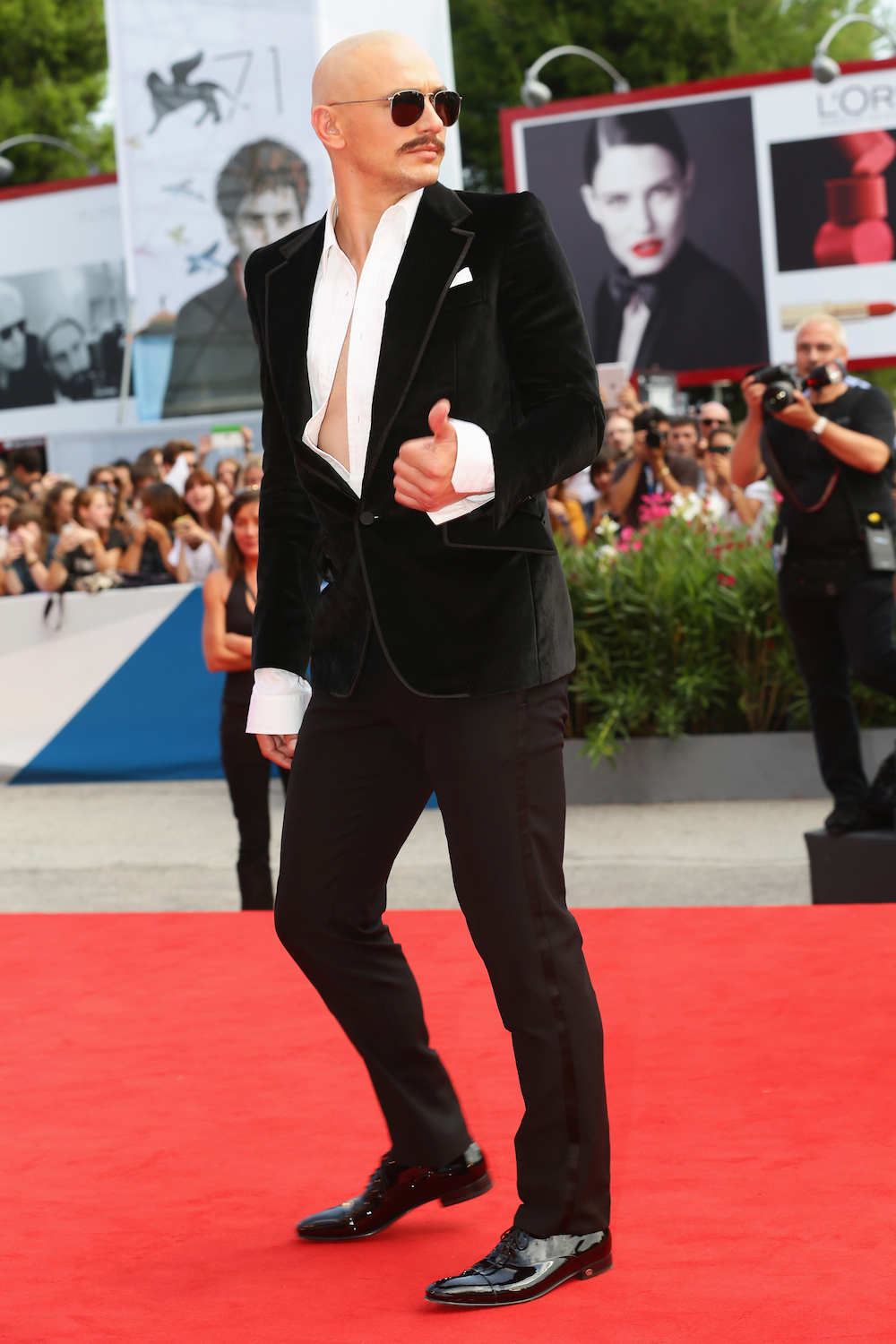 I need to take a minute from New York Fashion Week and admire James Franco’s look. I’m not a fan of hevage, especially when a shirt is unbuttoned as far down as a dude’s bellybutton, but Franco may have convinced me otherwise.  Professional selfie taker took his newly bald head to the red carpet for the premiere of ‘The Sound and the Fury’ during the Venice Film Festival before he was presented with the Jaeger-LeCoultre Glory to the Filmmaker 2014 prize. Staying in character as the bald, mustachioed film fanatic named Ike “Vikar” Jerome from his upcoming movie, ‘Zeroville’ Franco wore a black Gucci suit with an open white dress shirt and classic aviators. He polished the look with a fake tattoo of Elizabeth Taylor and Montgomery Clift on the back of his head.