It’s all about the sheep. 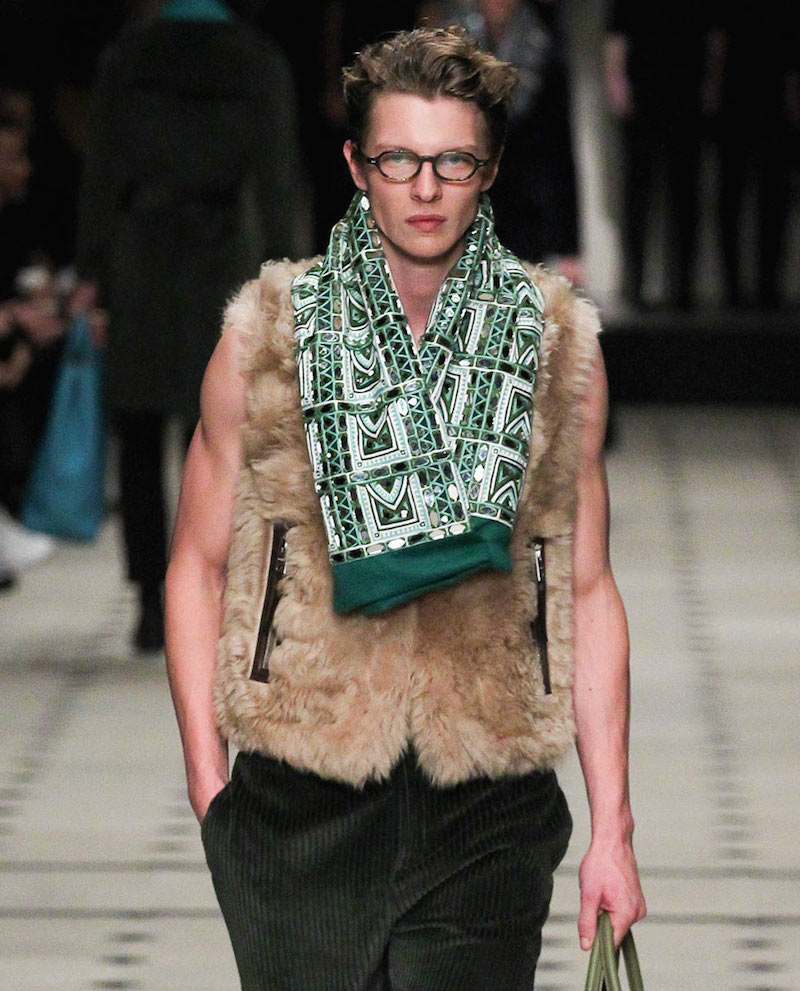 On the topic of sheared sheep fur and it’s incredible ability to grow back, keep us warm and create strong identifiable looks, I must ask, “Why the fuck did this trend ever go away?”

Shearling solidified itself as the leading trend out of the London Men’s Collections: with Burberry Prorsum’s fall-winter 2015 showing. 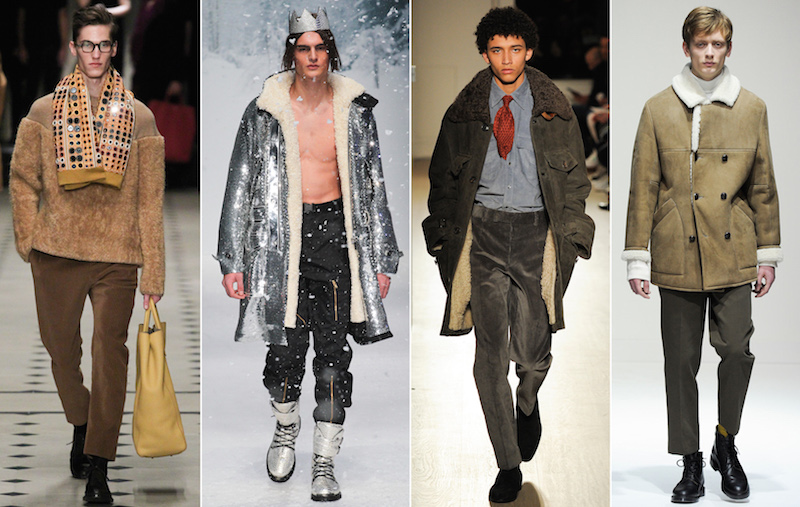 Designer Christopher Bailey sent refined hippies down the runway clad in his typical  outerwear including a range of Bohemian shearling coats as the fuzzy fabric lined textured digital camo print jackets. There was even leopard-printed shearling!

We already know that shrug-on shearlings and sheepskins have a laid-back cool that couldn’t be more fitting for fall and winter (especially with mother-nature’s truly bi-polar ways,) but along with Burberry, there are a handful of refreshing options for fall 2015. 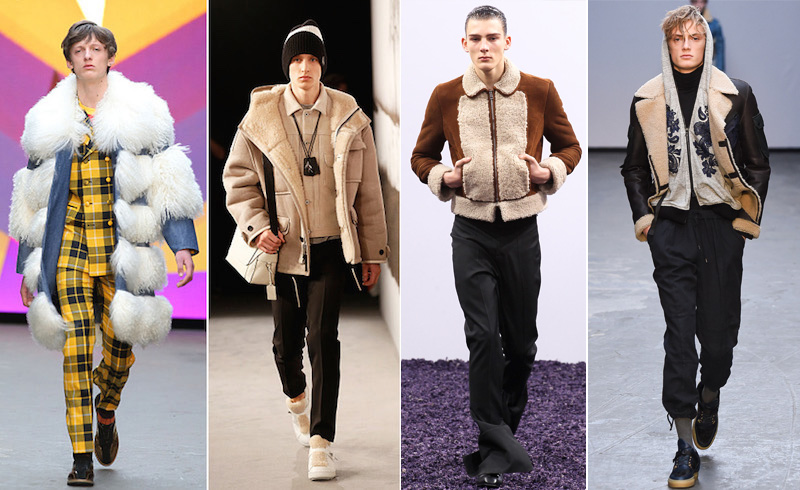 Shearling lined jackets were accessorized with a multitude of scarves, hats and facemasks, occasionally monogramed proving itself to be the next luxury must-have. Other shearling standouts were served up Topman Design, Belstaff, Coach, J.W. Anderson and James Long.

It’s slightly increased in exaggeration since past editions walked the runway and is certainly more confident. 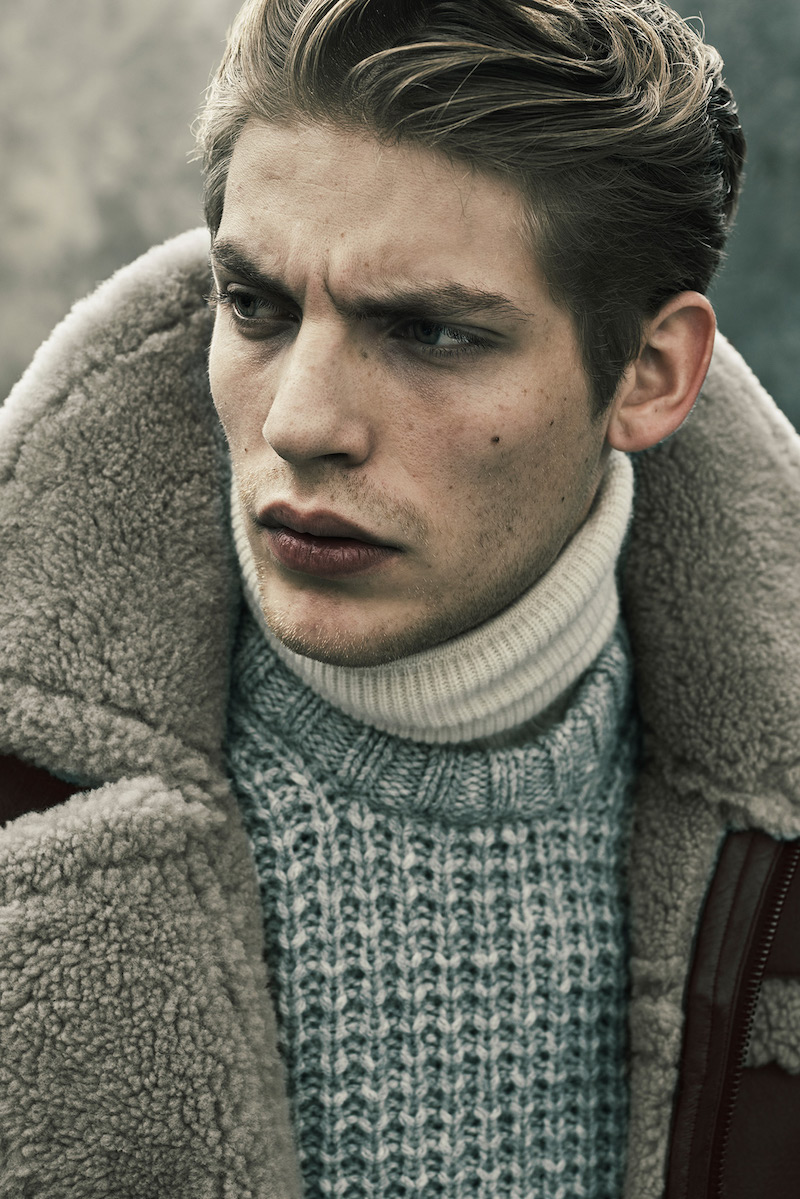 Even Anna’s getting in on the action. She rocked this cream-colored shearling to the Burberry show. 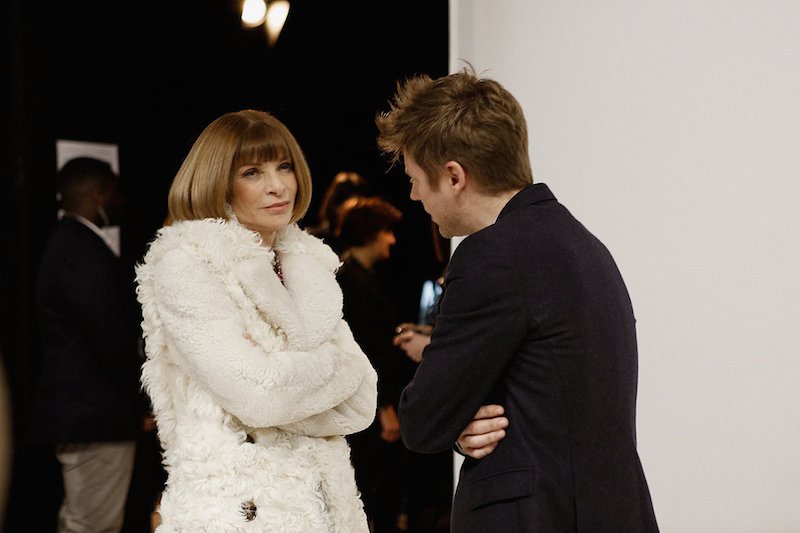