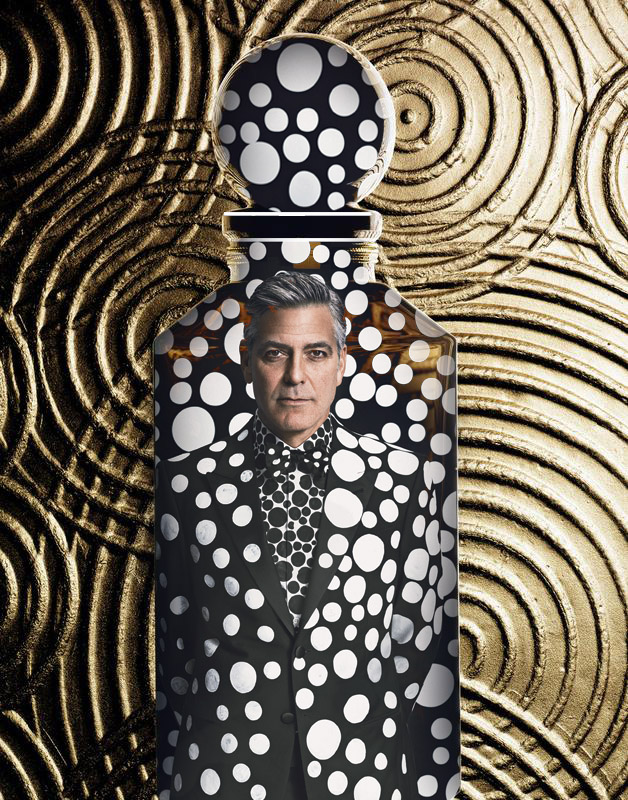 George Clooney brought his sartorial best to Sugar Land, Texas for a new event from OMEGA Earlier this week. For the occasion, the 54 year-old actor rocked a formal tuxedo with silk bow-tie from Giorgio Armani.

A fun fact about me is that I have been on the hunt for a specific, mysterious look since I was in eighth grade. I’m not positive, but I think I’ve found it in George Clooney.

As I write this I’m having a terrible time not scrolling through countless pictures of him on the Internet. He is that good, and the critics agree. Today I’ve come up with the best possible men’s product that could ever hit the market. It is bottled George Clooney.

Bottled George Clooney. Clooney in a bottle. Think of it, he would be the least “obviously masculine” of the bunch, (the bunch being other male actors in Hollywood) to be bottled.  But even with the slightly sweet citrus notes, it’s feminine, either. Pepper might be involved? And maybe wood. Let me add another adjective just in case: fresh (to death)

George Clooney is much more then classic style, a good suit, salt-n-pepper hair and a brilliant wife.  He represents an attitude, a feeling. And what better then to invoke a feeling of intrigue then with a sent?

I just speared some on myself. Take a sniff of my digital wrist?