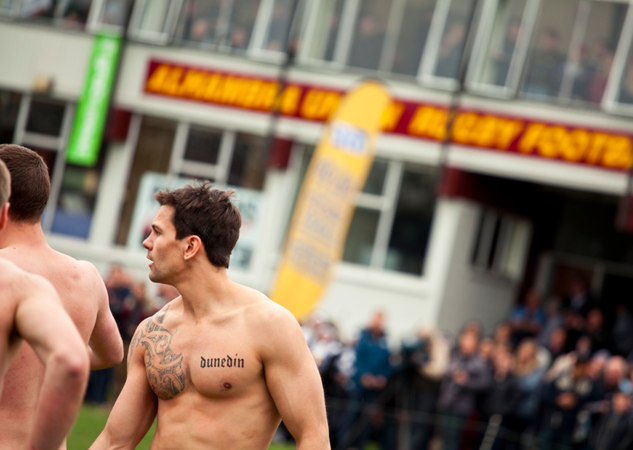 Hamish Saxton, head of tourism for Dunedin, was raised on a small farm a short distance north of this vibrant New Zealand city. He told me over dinner at Fish Hook that he visited the city as a child to spend time with his grandfather, who had been a famous All Blacks rugby player and administrator. This fact actually proves quite interesting since, every year, the men’s Nude Blacks strip down and enjoy an all-nude game. As I would soon learn, this was but a hint of this city’s quirkiness. As our ginger glazed salmon and caper-sprinkled steak tartars were brought from the kitchen, Saxton spoke of Dunedin’s bustling art scene, the lush landscape, the food, the seasons, the fragrances, the freshness and granoly cleanliness of it all. It is a community that seems to exist down a rabbit hole, quite the appropriate analogy since the local Larnach Castle (New Zealand’s only castle) was inspired by Alice in Wonderland. Listening to Hamish, I could see that the city’s personality is shaped by its motley crew of portrait artists, youth-fueled partiers, holiday escapists, brilliant architects, and seemingly mundane citizenry. Dunedin, the nation’s second-largest city, appears to have it all. That night, as I walked down the charming streets, flanked by quirky shops and cafes, I got the impression that this private, confident city is on the brink of something extraordinary. There’s a sense of progress here, and creative tension is on full display. The city is full often contradictory architectural aesthetics: Victorian structures nod to a Celtic past, while 21st Century glass structures like those at the university reach into the future. But the city’s real heart lies its quietly bustling art scene. Brett McDowell, Moray Gallery, and The Painted Fish are a few of the town’s more memorable galleries, and one of my favorites, The Blue Oyster Project, does exceptionally unique exhibitions: One recent show, artist Ro Bradshaw’s “Please God, let my children grow and live happily ever after,” featured crosses made from soda labels, nooses made from candy necklaces, and the words “Hello Sweetie” spelled out in gummies. 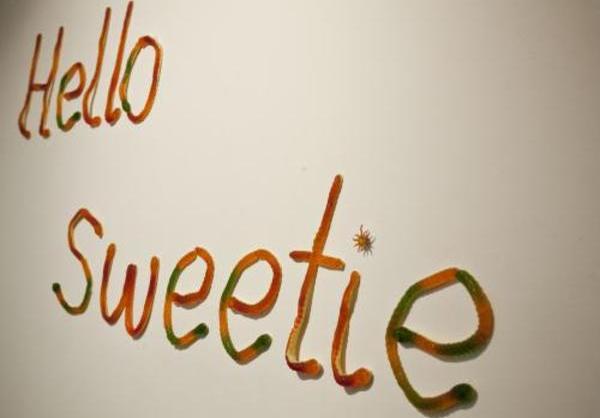 Even Dunedin’s restaurants get a healthy injection of art. At Plato, a relaxed, retro-themed eatery on the harbor front, walls are spattered with antiques you might have found in your grandmother’s house if your grandmother had been a 30s-era flamenco dancer. Tables are adorned with carved nautical skippers that greet you with more than a salute: When they’re are lifted, a piece of wood pops out from under their shirts! There’s nothing like a side of morning wood to complement your spiced swordfish entrée. The next day, I accepted Saxton’s invitation to join a marriage equality conference being held at a local cafe. Driving down the shady hectares, I asked him about the LGBT community here. He smiled and said, “I’m unsure as to how to describe the Dunedin gay scene. Perhaps I could say, ‘representative.’ Perhaps I could say both young and old. Dunedin is a vibrant university city – so there’s a good, youthful, queer community. There’s also the more settled and more mature side too.” Tucked away in the back of Nectar Cafe, a muted, charming, timber house on Princes Street, a colorful coterie of gays had gathered to discuss tolerance and marriage equality. Some spoke of the positive effects President Barack Obama’s support had on the fight here; others joked about the church’s conservative view; and still others talked gleefully about growing old and plump with their partners. One woman who spoke of having to explain to her 11-year-old daughter why she and her other mommy couldn’t get married. The young girl, harnessing Dunedin’s collective creativity, wrote letter to Parliament about the issue. “If my moms are in love, why can’t they get married?” Eight months after this meeting, Parliament passed gay marriage into law. Later, after leaving Nectar and bidding Saxton adieu, I headed to the beach. The vibrant colors of the city melted away and a replaced into a tricolored landscape: golden yellow sky, azure ocean, and streaks of sea foam created from the breaking waves undulating to the shore. Though I was alone and facing a huge, daunting expanse, wondering what my next step would be, I could feel Dunedin at my back, cheering me on. Because it’s just that type of city: exhuburant, inclusive, and always ready for the next great adventure.