Here’s something to get wet to. 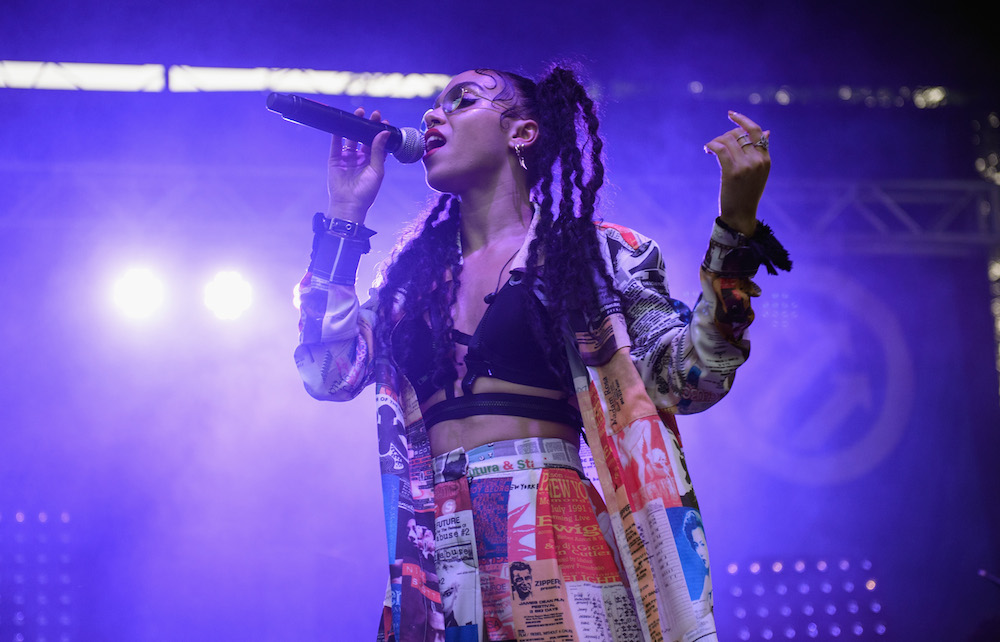 Escaping the sweltering heat of the summer is the worst kind of chore. You can only do so much planning to stay cool; outfits in breathable materials and errands to stores you know are air conditioned can only go so far. More often than not, we wind up taking cool quick showers to wipe off the grime the day. It’s only July and I’ve already become way too well acquainted with the number of tiles in my bathroom.

Playlists for time spent in a bathroom may sound silly, but they definitely make something not so glamorous (a setting that includes a loofah is anything but chic) so much more fun. Spotify and Pandora are lifesavers and recently introduced me to my new favorite obsession: FKA Twigs. I stumbled across the latest video for her song ‘Two Weeks’ just as I was getting ready for a quick rinse about a week ago. FKA Twigs’ cool tones and sometimes steamy and frank lyrics are like the lovechild of the late Aaliyah and the party jams of Santigold. Once dry, I immediately searched her other videos and songs (as well as what was up with her name. I’ll save you the trouble: it stands for ‘Formerly Known As Twigs’ so as to avoid an issue with another British artist using a similar moniker). ‘Two Weeks’ gives me exactly what I’m looking for in a brief respite: time to close my eyes and be lulled by the shower head’s pressure and just enough of a good beat to play my favorite game: Don’t break your neck dancing in the shower like you’re Beyonce. (Fun fact: FKA Twigs actually was a back-up dancer in BBC comedy sketch about Queen Bey, as well as for the Jessie J music video for her single Price tag.)